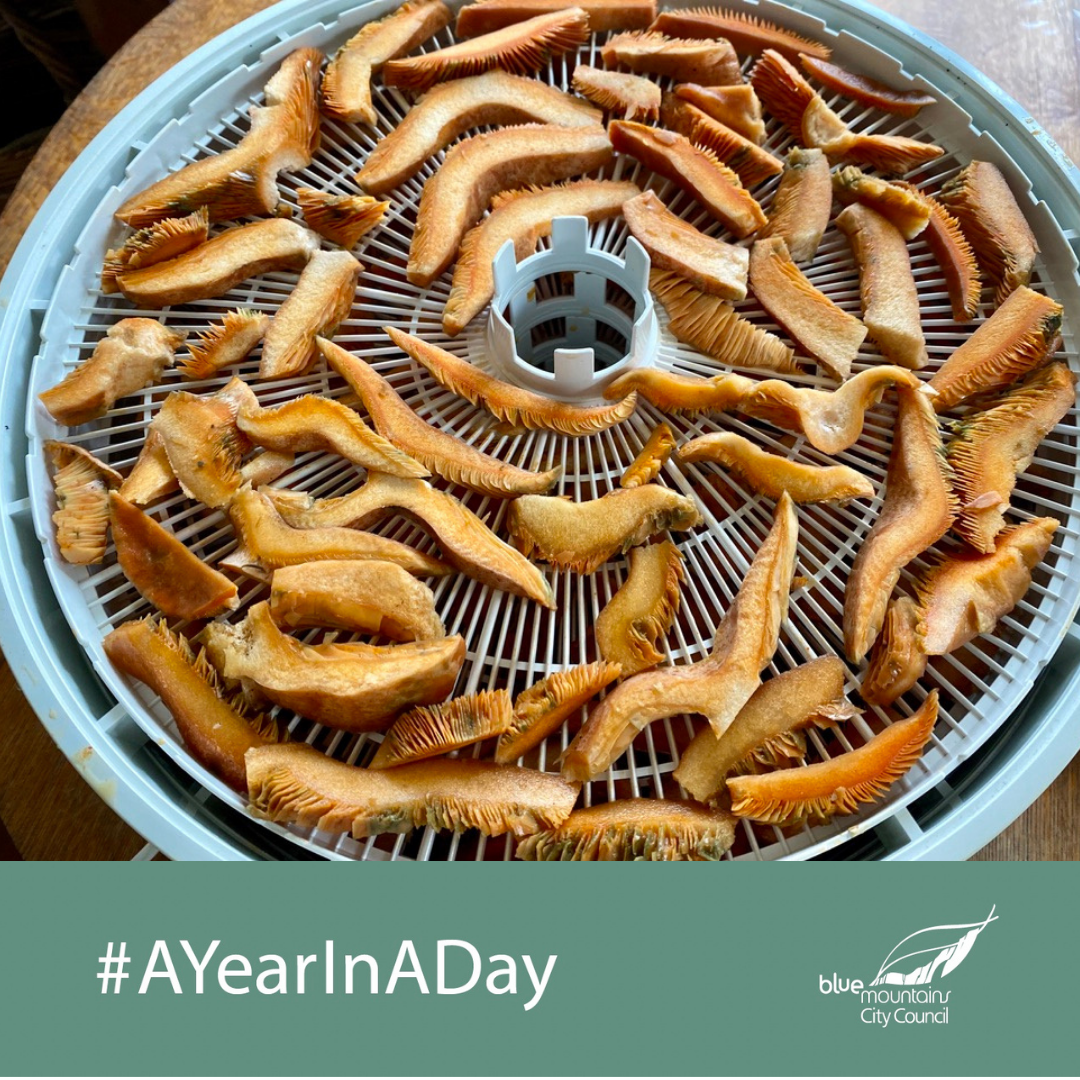 For today’s new action for A Year in a Day I experimented with creating veggie stock powder to use our surplus and reduce packaging. The basket of saffron milk cap mushrooms we foraged yesterday were more than we needed for dinner so I sliced them up and spread them out in the dehydrator.

I did the same with leeks, onions, garlic, carrots, celery, thyme and parsley, cutting them up finely so they’d dry more quickly. When they were totally dry and crisp I pulsed them in the Nutribullet and now they’re in a jar in the pantry, ready for the next soup or risotto. The mushroom powder alone smelt amazing and would be a fabulous addition to any meal: 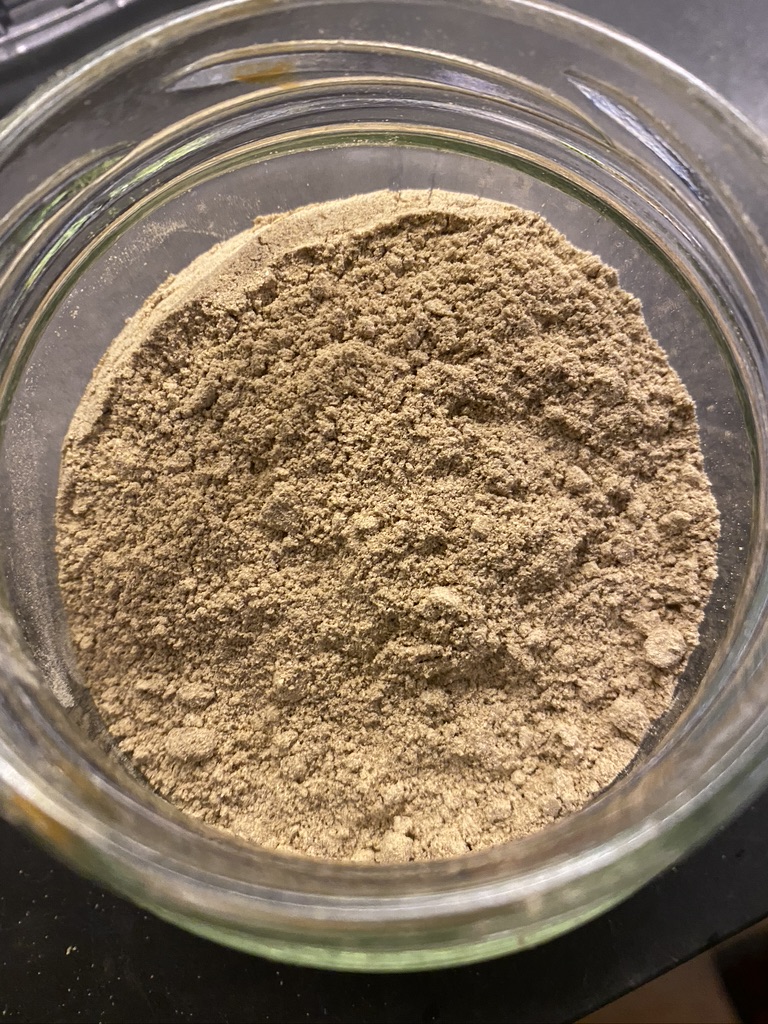 There’s no salt, no additives, no packaging and no veggies that go into compost (which happens when I cook up a big stockpot).

There are actually lots of different ways to make your own stock powder or stock paste, and it can easily be made in the oven too.

While lots of veggies are struggling this season, our land cress, garlic chives and yacon have been thriving. 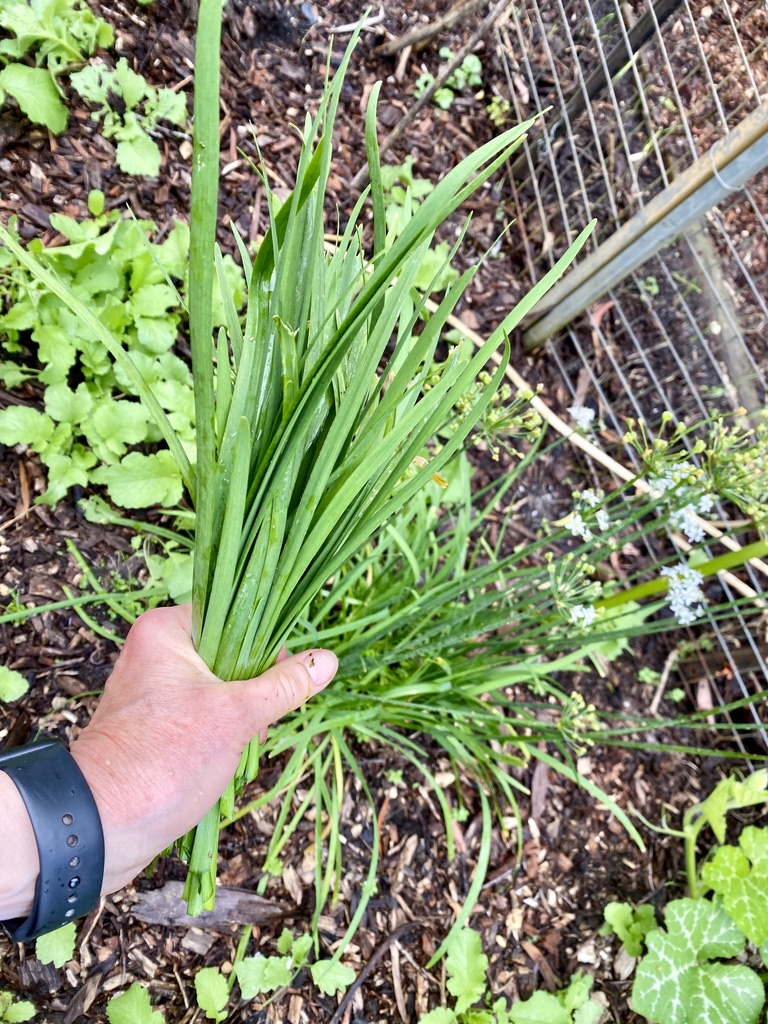 So tonight I created a simpler version of a fabulous meal we made last year: Chinese Chive Pockets. Garlic chives are actually also known as Chinese chives and this meal really showcases them in a way that will make you keep wanting more. 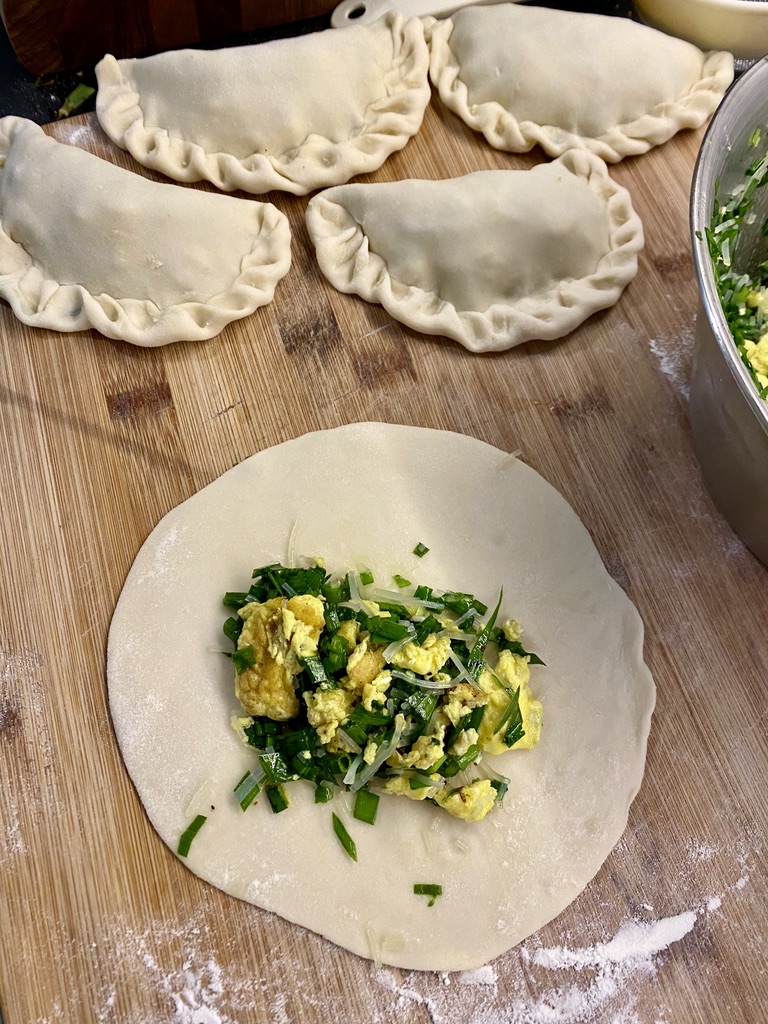 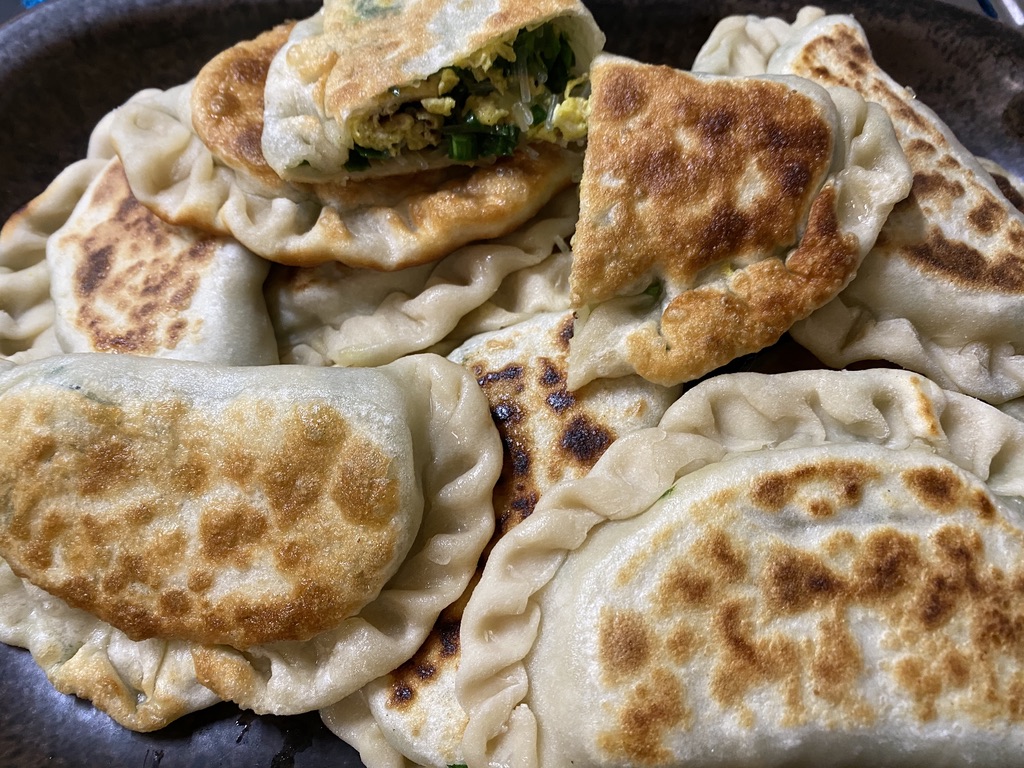 They’re easier to make than you might think, but tonight I simply made up the filling (without the pastry), seasoned with Chinese Five Spice, and served it with Cress and Yacon salad with lemon dressing.

We have our own chickens so I’ve used eggs, as in the traditional Chinese recipe, but you could substitute with silken tofu. 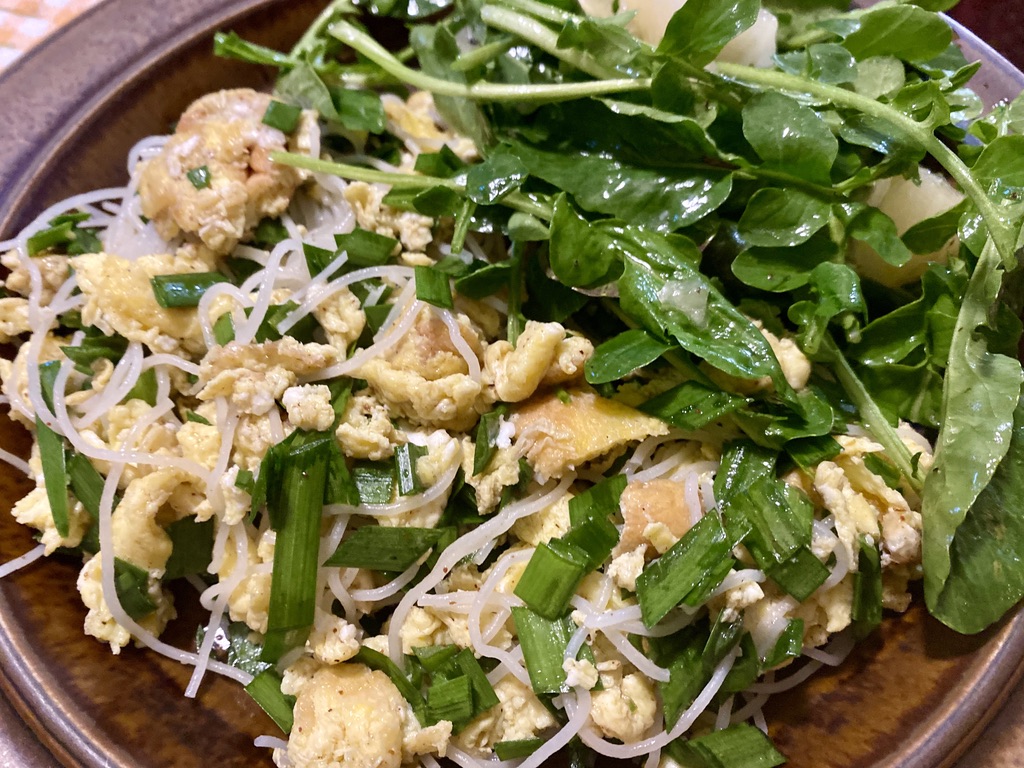 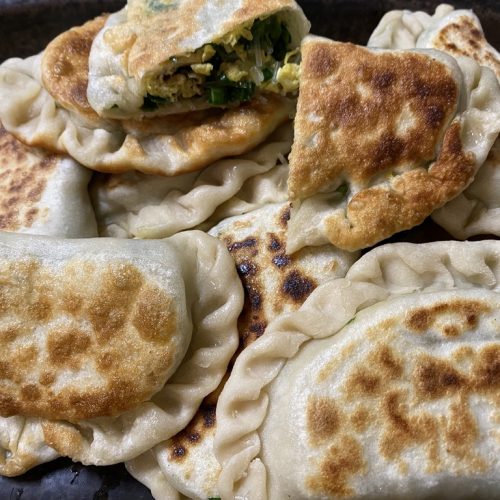 This filling is so tasty you'll want to keep making it, with our without the pastry!
Print Recipe Pin Recipe

A year ago I was in Tasmania and picked up these fabulous heritage seed packs, so today I sowed Autumn King Carrots, Turnips and Butter Swedes in one of my raised beds (which I’ll cover for a while with this crazy rain). We’re already dreaming of the delicious winter soups and stews we’ll be making with our veggie stock and these root veg! 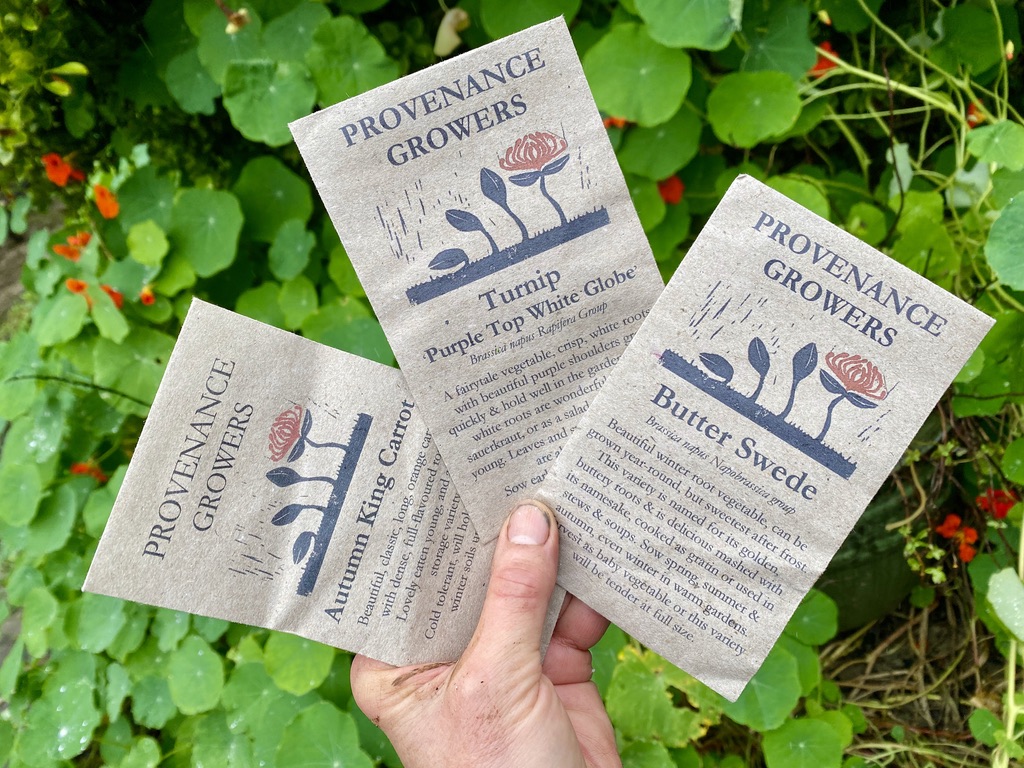 Libby also lit their candles and turned off the lights for earth hour – actually for the whole evening when the sun went down.