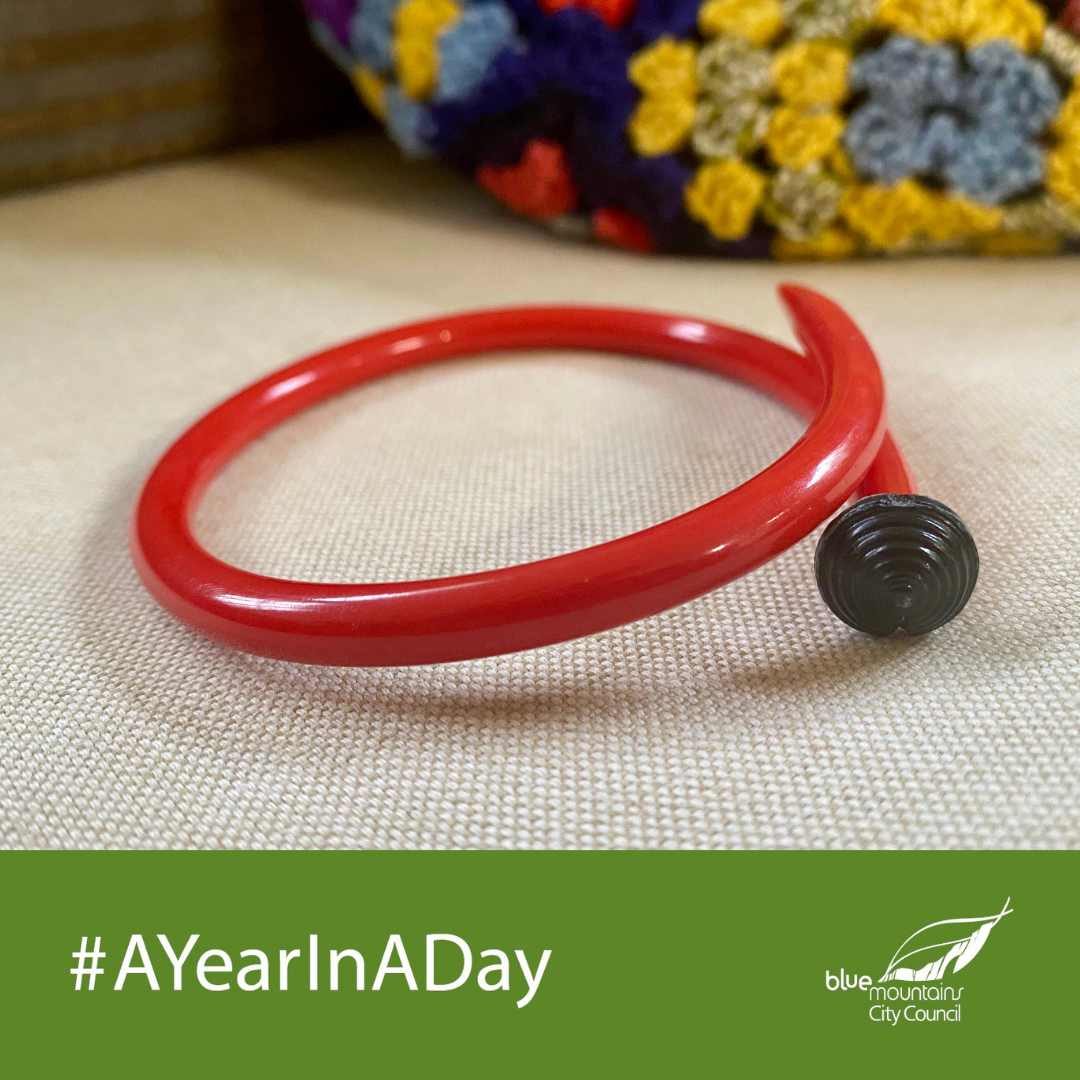 Fashion shouldn’t cost the earth, so today my action for A Year in a Day was to take a little time out to play and reimagine a joyous future in which wearing Retro was the norm. I rummaged through my old knitting needles for ones that had lost their twin, and made myself a vintage knitting needle bracelet. This is one of the needles my mum taught me to knit with, so it’s more valuable to me than gold. It’s now being upcycled to have a second life on my wrist, where the memories live on.

It was super easy to make! I just dropped it into some boiling water, and then used tongs and an oven mitt to twist it around when softened. I held the ends in place with two pegs until it cooled down and rehardened. 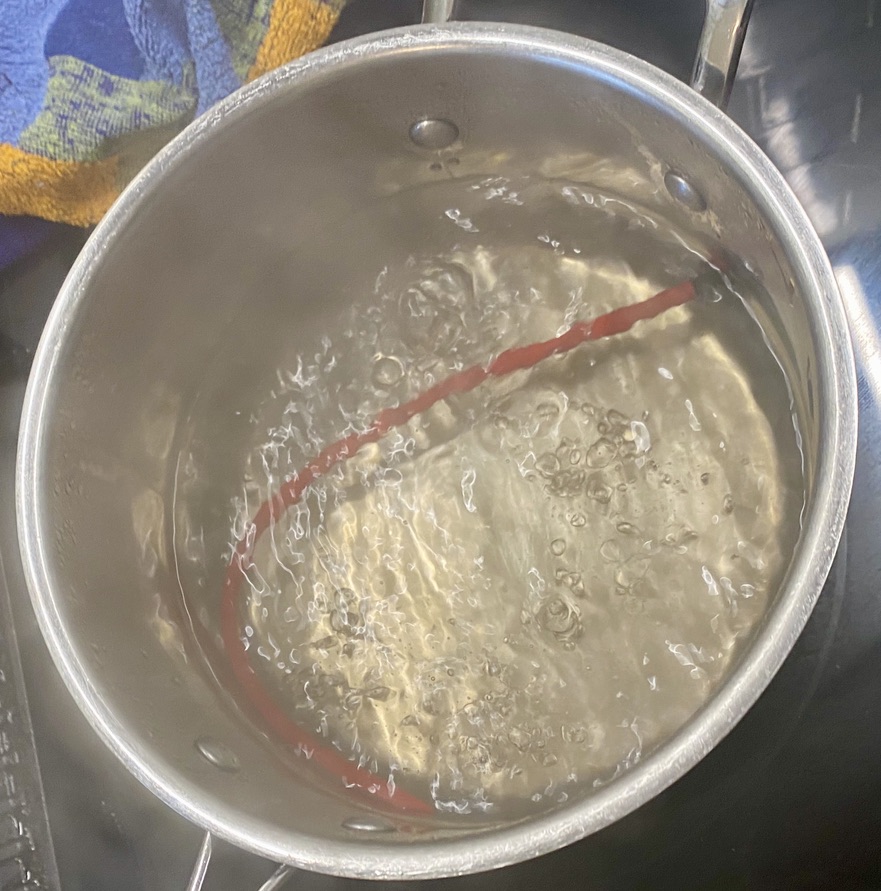 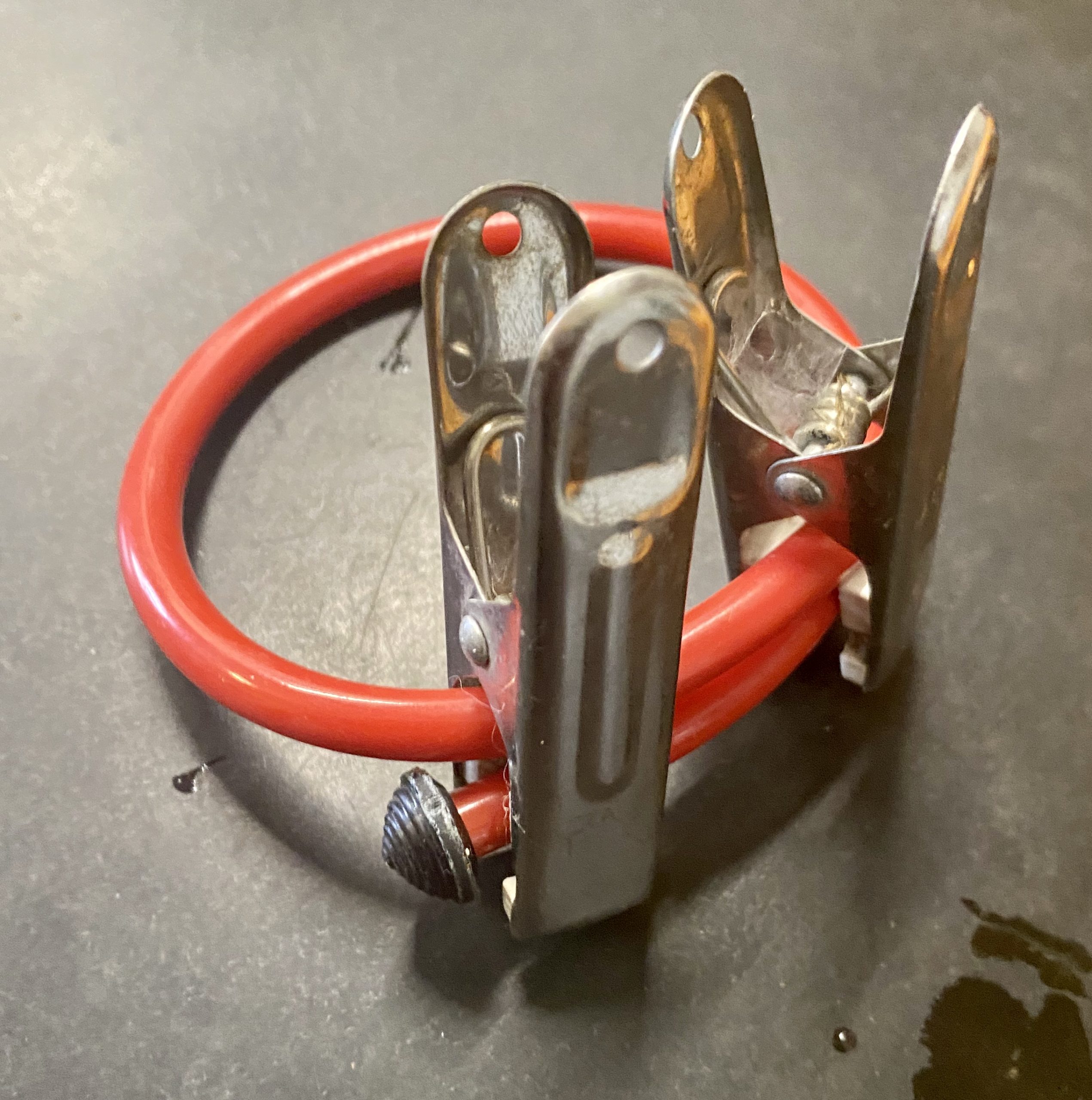 This evening I raced to beat the rain’s return, to collect the Purple Sicilian Cauliflower seeds that have struggled to dry out in this wet season. This is one of my favourite foods and plants, and is a super healthy addition to any diet:

I managed to get around 120 seeds which I put into punnets that I brought inside, because who knows what’s happening with this rain. I’d like to nurture them carefully until they’re strong enough to cope with whatever the weather throws at them.

If you’d like to know what else to plant, a great site is Gardenate, where you type in your climate zone and it lists what’s best to plant now. You can get a free reminder emailed every month to help keep you on track! 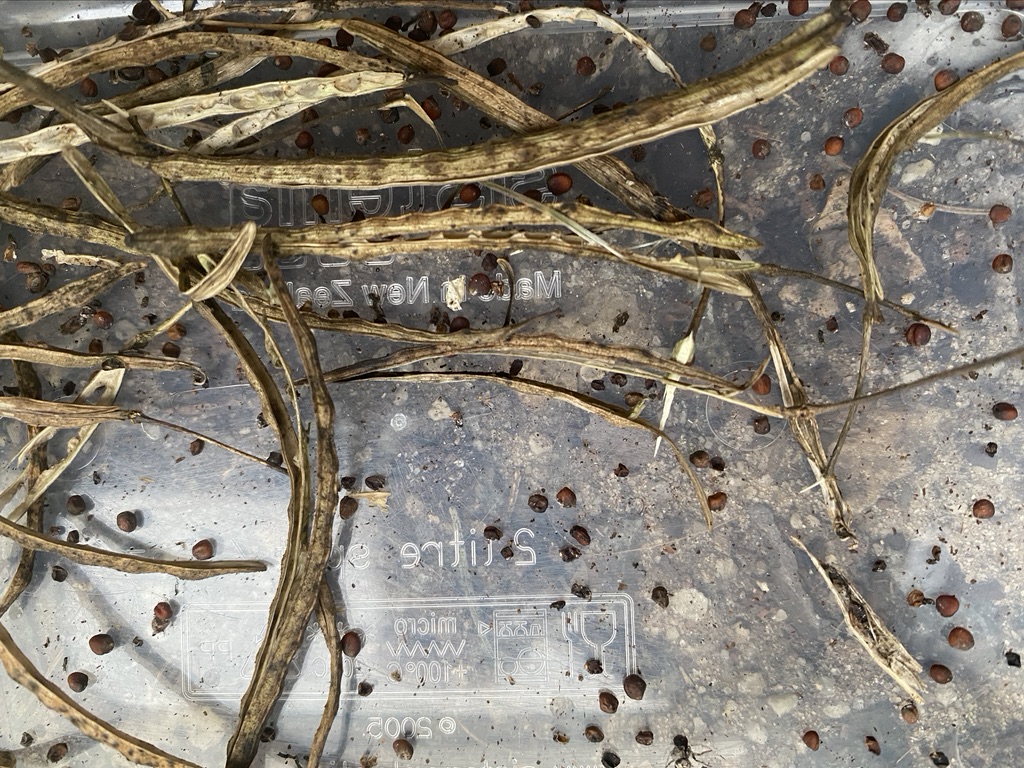 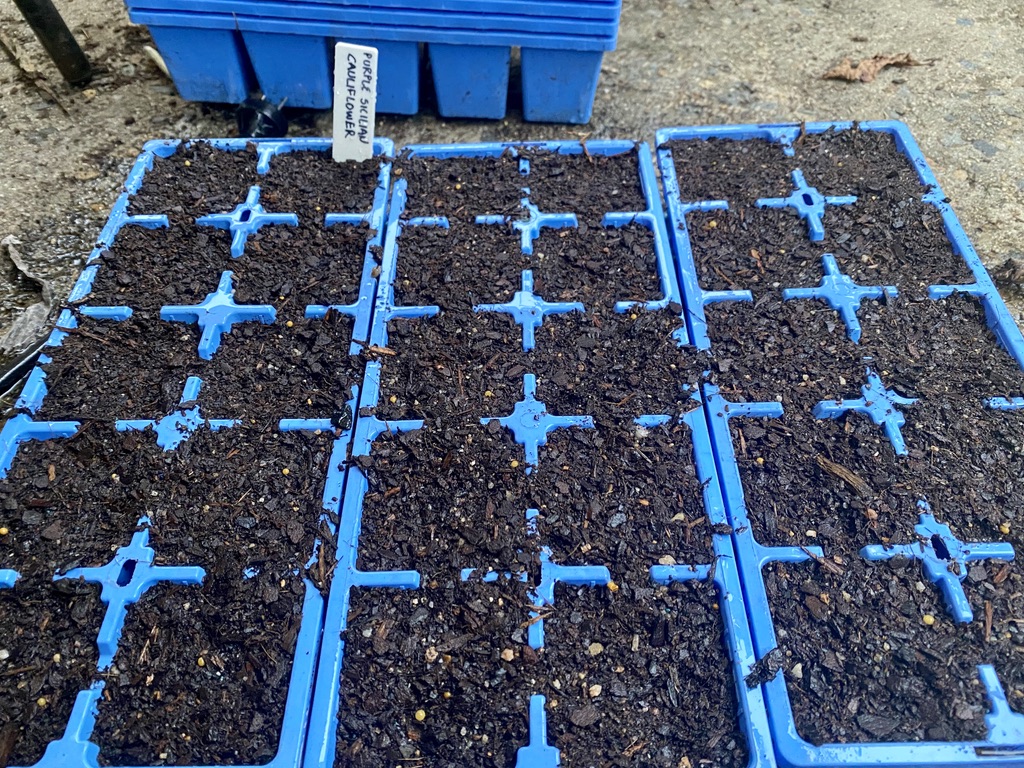 Today I harvested scarlet runner beans and one of my favourite recipes for them is Chilean Green Bean Fritters. I’m including the traditional vegetarian recipe with an alternate eggless batter. The parmesan can be replaced with nutritional yeast. 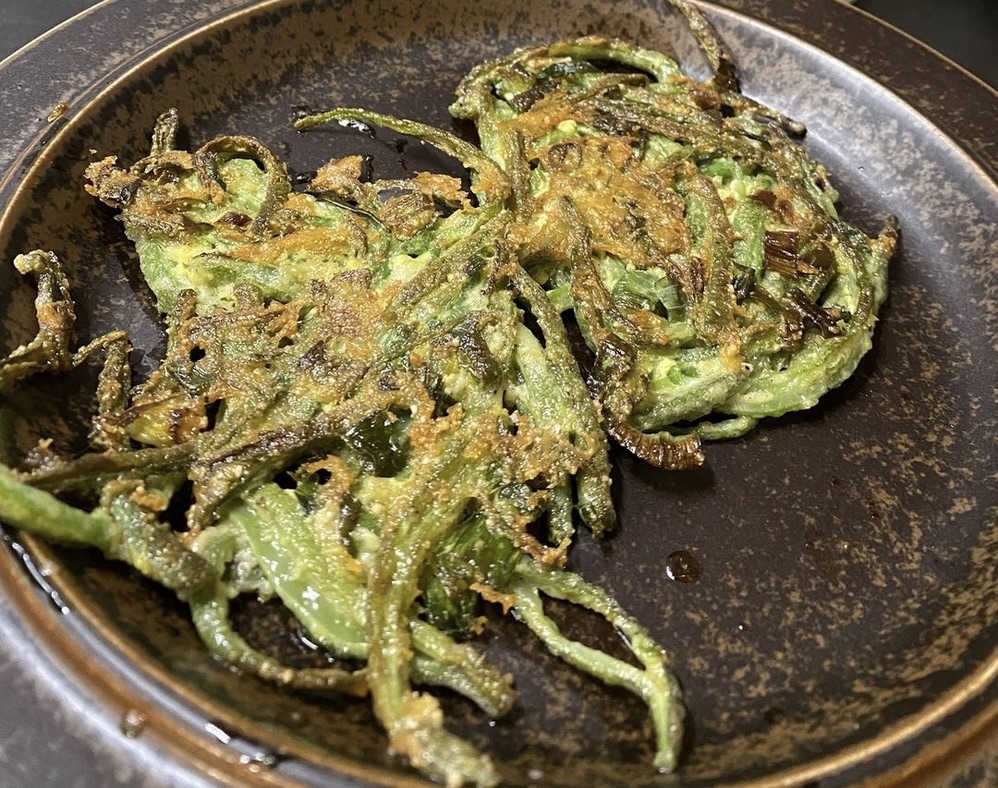 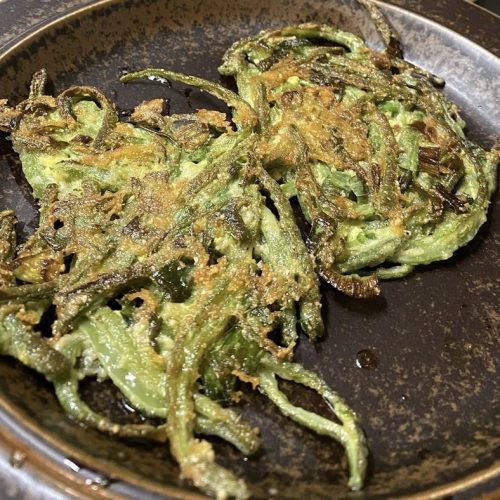 This recipe makes about 8 fritters and they are just so tasty!
Print Recipe Pin Recipe

Meredith and Libby both signed up for Earth Hour this coming Saturday too!

And I had the loveliest surprise when the Planning Team at Blue Mountains City Council sent through a fabulous graphic of the 28 actions they worked on over the month of February – one action per day! 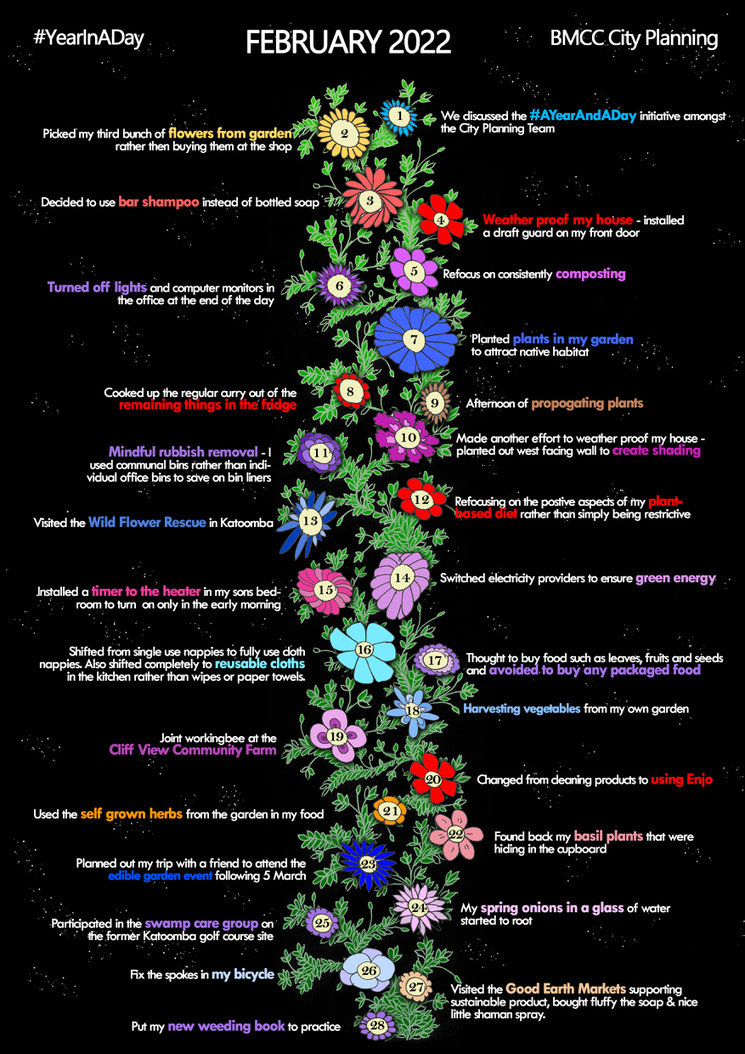