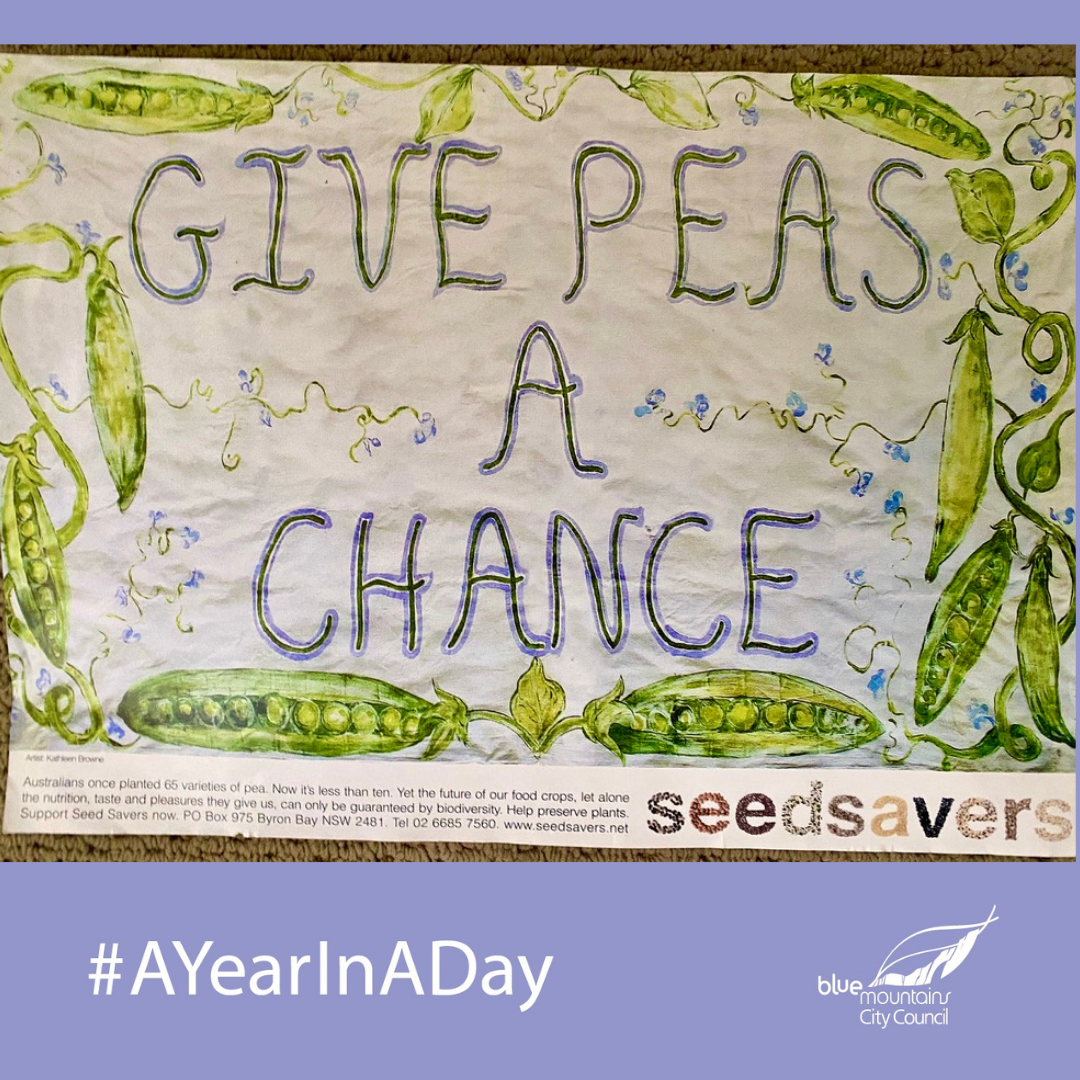 Trying to give back as much as I take

And then I tried to visualise how much I’d given back to this beautiful planet that has supported me for so long.

Even with my limited ability to visualise the enormity of my life’s impact, my consumption has clearly far outweighed my production.

We blithely describe ourselves as a consumer culture, as we blithely consume our children’s future.

Today I pondered a finite world with a growing population which has spent thousands of years taking more than it gives back.

And then I pondered war and peace, and the inevitable fighting over limited resources as we continue to consume more than we produce.

I thought about how it’s not enough to just reduce what I send to landfill. How I have to give back to this beautiful life-supporting planet because our futures, and the futures of our children, are so irrevocably intertwined.

So today I planted peas – 120 in fact. That should produce more food than I’ve consumed today. 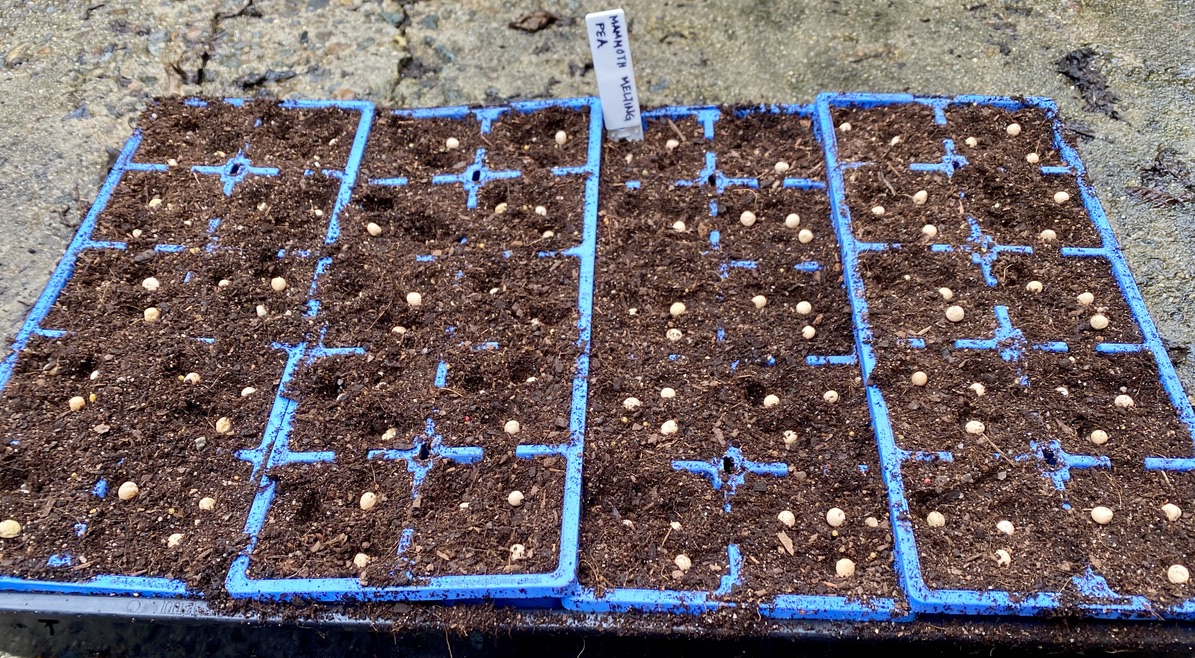 My marker was an old negative RAT test! 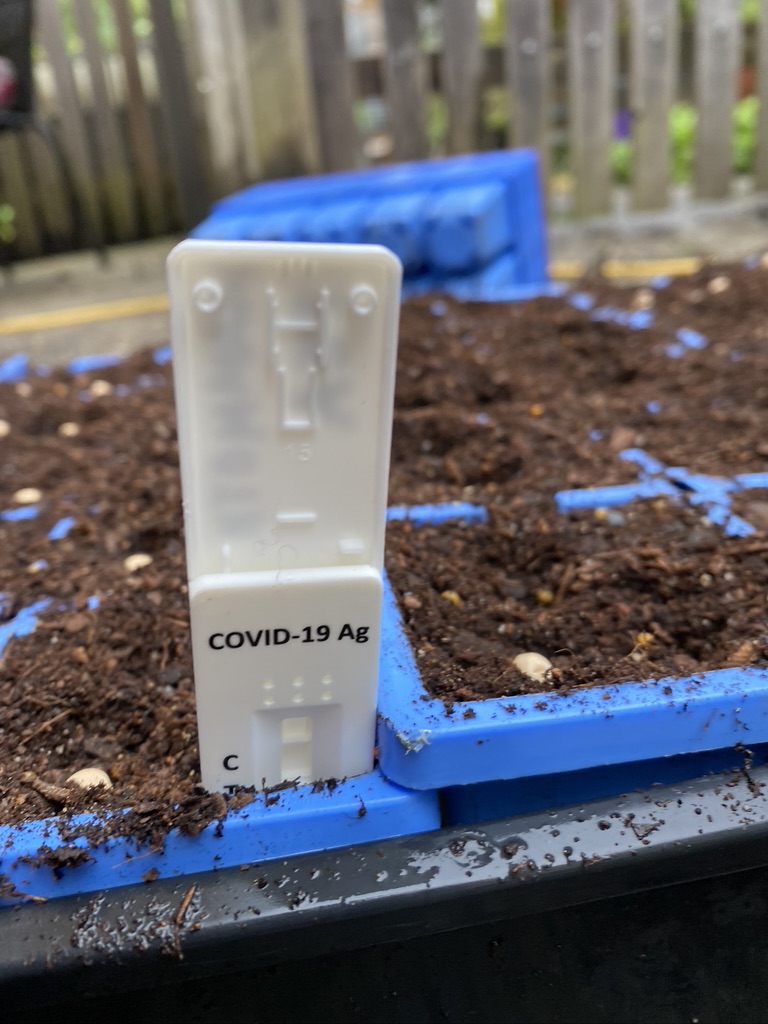 According to the fabulous poster (above) produced by the Seed Savers Network:

Australians once planted 65 varieties of pea. Now it’s less than ten. Yet the future of our food crops, let alone the nutrition, taste and pleasures they give us, can only be guaranteed by biodiversity.

Today I planted Mammoth Melting Peas, which are hardy enough to get through winter. In Spring I’ll plant the more delicate, heritage Roi de Carouby.

My new action for today, is to commit to including an additional action in every one of my daily posts, that’s about giving back, and producing, not just consuming.

Growing food and producing, rather than consuming, may not always be a ‘new’ action for me, so I’m simply going to add it to my new actions to keep me focused. I can think of no more important thing to do.

A culture that gives back to the earth as much as it takes (if not more), does not need to go to war.

How are other people contributing to A Year in a Day?

Sue has been making reusable nappy boosters and reusable wipes for nappy changes … also with flannelette sheets and terry towelling.

Carla followed Libby’s lead and decided to invite her friends on FB to the Planetary Health Initiative page to get involved in A Year In A Day, AND she made rich red quince paste and jelly for the first time!

Others have started emailing me about actions they hope to do on the 7th April for World Health Day so that we can try to reach 365 actions in one day. Would love everyone to contribute on that day if you can!

Is it worth taking action?

Research by academics at Leeds University, engineering firm Arup and the C40 Cities climate group has identified that 73 per cent of all changes needed by 2030 to keep the world on course to meet the Paris agreement targets need to be made by governments and industry. But private citizens have considerable influence over the remaining 27 per cent.

We’d love you to collaborate with us and share any actions you take to restore planetary health in the comments below or on our social media. While we welcome you to share ANY ACTION you take to inspire others, we’ll be recording NEW or EXTRA actions that people take as part of our tally, because we’re trying to inspire one another to do more than we’re already doing. Feel free to copy some of the actions our participants have been sharing – the action only needs to be NEW for you.

Categories: A Year in a Day
Tags: grow your ownpeasplanetary healthresourceswar