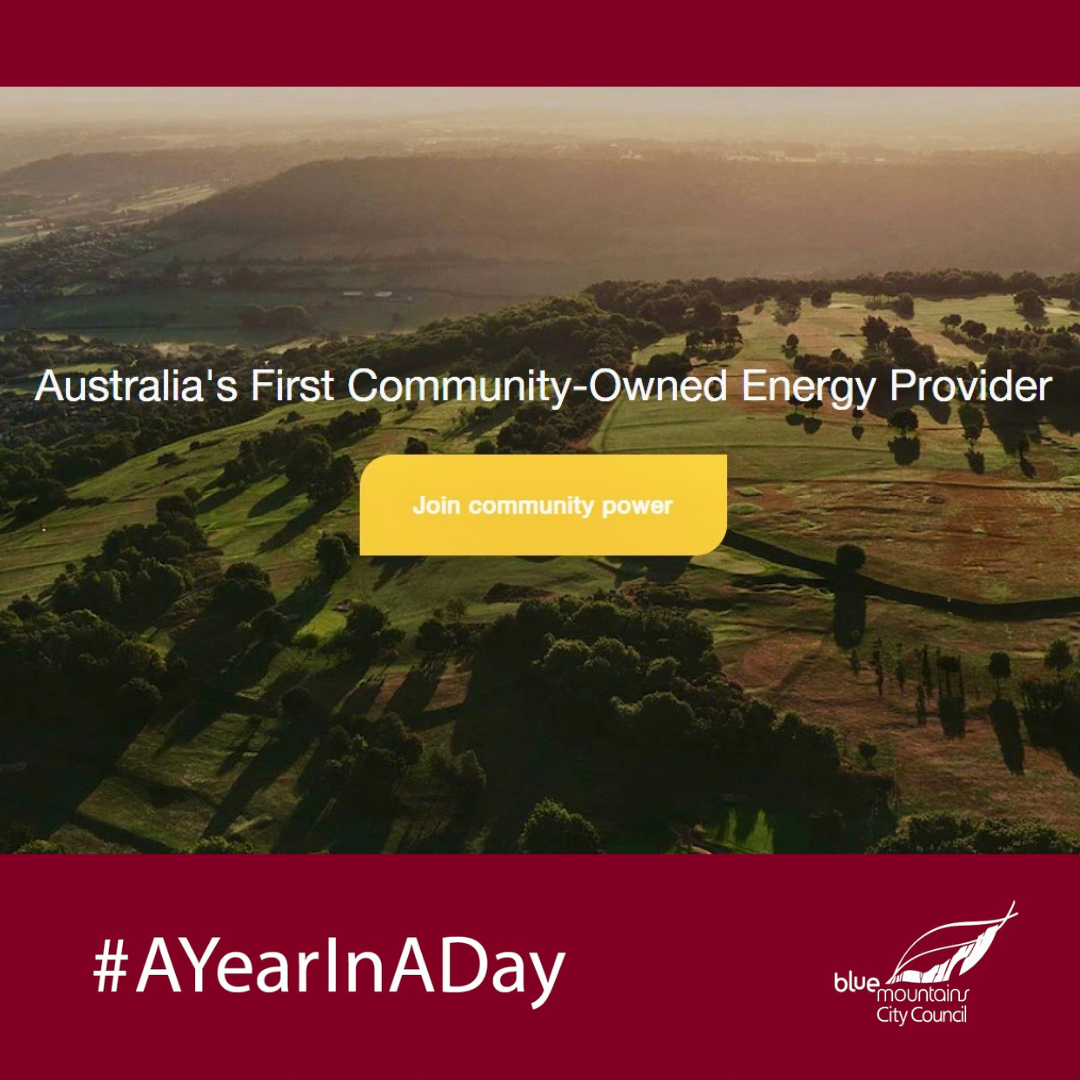 We made the switch

Blue Mountains City Council made the announcement in December that it is to be powered by 100% renewable energy (see below) and we want to make sure we are too!

The new Greenpeace Green Electricity Guide came out this week and I was thrilled to see that Enova, Australia’s first Community-Owned Energy Provider, received their highest score.

Enova is a not-for-profit company, started by a group of women in the Byron Shire, which refuses to invest in coal, oil or gas and gives half its profits (after tax and reinvestment) back to the community via energy efficiency, education and community projects. We immediately made the switch!

Enova is demonstrating that a better world is possible and we want to be part of creating that. Check out this video about them:

Council to be powered by 100% renewable energy

In December Blue Mountains City Council announced that it had secured a contract for renewable energy to power all Council’s large sites and streetlights – replacing its reliance on fossil fuel powered electricity.

This is a significant step towards Council achieving its target of net zero emissions from operations by the end of 2025, providing a reduction of up to ~6,800 tonnes of CO2e annually – the equivalent of taking almost 1,000 homes off the grid each year.

Mayor, Cr Mark Greenhill, said: “We are incredibly fortunate to be able to harness this opportunity. This PPA represents a win for Council on so many levels – securing clean energy for our operations, reducing our reliance on fossil fuels, protecting us from increasing price volatility – all while backing renewable energy projects in rural NSW.”

Blue Mountains City Council CEO Dr Rosemary Dillon said: “The strides being taken by Local Government are leading the way for real action on climate change, and we’re so proud to be a part of it.”

Council has been working hard to secure a retail Power Purchase Agreement (PPA) for renewable energy as part of its Carbon Abatement Action Plan. Alongside several other Councils, BMCC has entered the Local Government Procurement (LGP) Renewable Energy contract with supplier Iberdrola.

The power will be sourced from Iberdrola’s renewable energy projects including the 113MW Bodangora Wind Farm near Wellington (between Orange and Dubbo) and the 227MW Collector Wind Farm near Goulburn.

The contract starts in 2023 and will achieve zero emissions electricity for large sites and streetlights from 2025. In addition to the wind farms, electricity will be sourced from new projects being developed in NSW, including large wind and solar farms and a 50MW battery.

Signing the renewable energy contract alongside Council’s continued work to upgrade streetlights and facility lighting to LED, rolling out solar PV on suitable Council buildings and investigating electric vehicles for fleet, Council is firmly set on its path to net zero by the end of 2025.

The recent joining of the ‘Cities Race to Zero’ also commits Council to expand its focus to include community emissions, showing much needed action on emissions reduction across the Blue Mountains.

For more information visit our ‘Action on climate change’ page at bmcc.nsw.gov.au/action-on-climate-change.

We’d love you to collaborate with us and share any actions you take to restore planetary health in the comments below or on our social media. While we welcome you to share ANY ACTION you take to inspire others, we’ll be recording NEW actions that people take as part of our tally, because we’re trying to inspire one another to do more than we’re already doing. Feel free to copy some of the actions our participants have been sharing – the action only needs to be NEW for you. Let us know if other people are influenced by your posts, or ours, so that we can measure outcomes of this project. To leave a comment on this blog you’ll need to enter your name and email address.