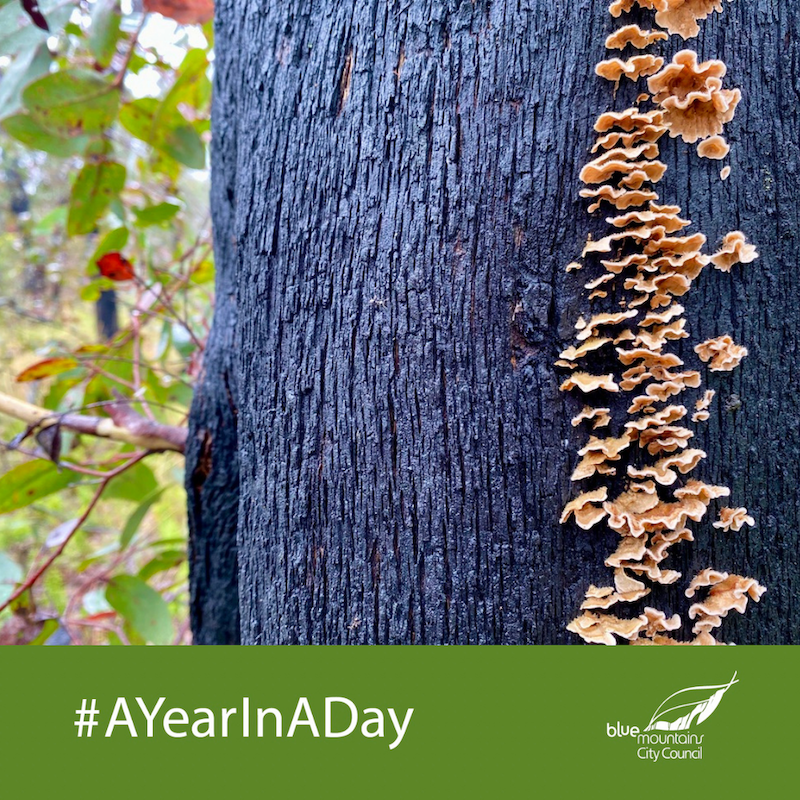 It’s been over 15 months since the fires swept through the Mountains, and life and death are juxtaposed as matter cycles endlessly. Today’s action for A Year In A Day was to commit to sharing a daily photo of this extraordinarily exquisite world we live in – to get closer to it, to enjoy it, to connect and feel that I am part of it, to learn more about it, and to love it even more than I already do, so that I’ll do whatever it takes to protect it.

These are some of the photos I took on my walk: 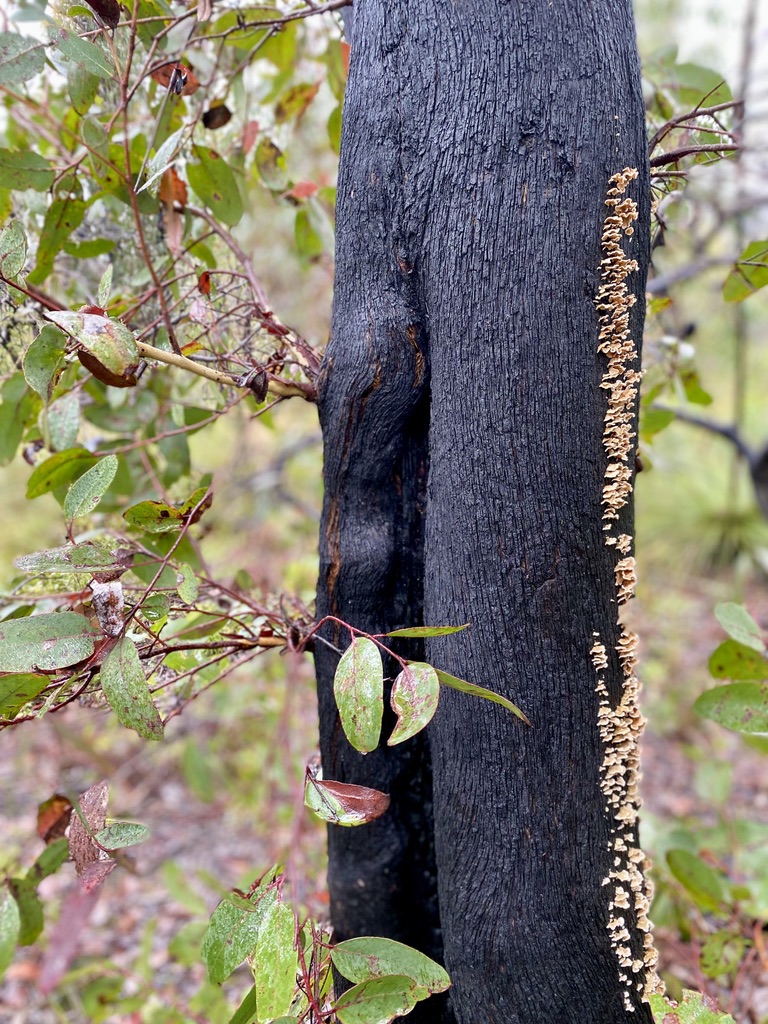 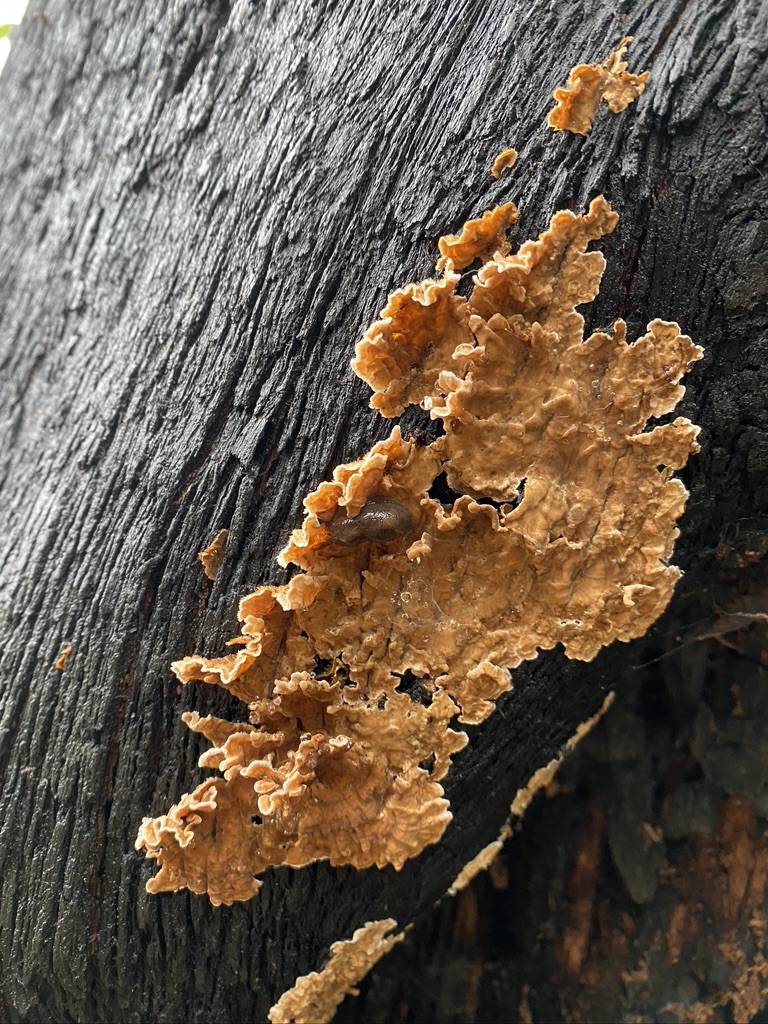 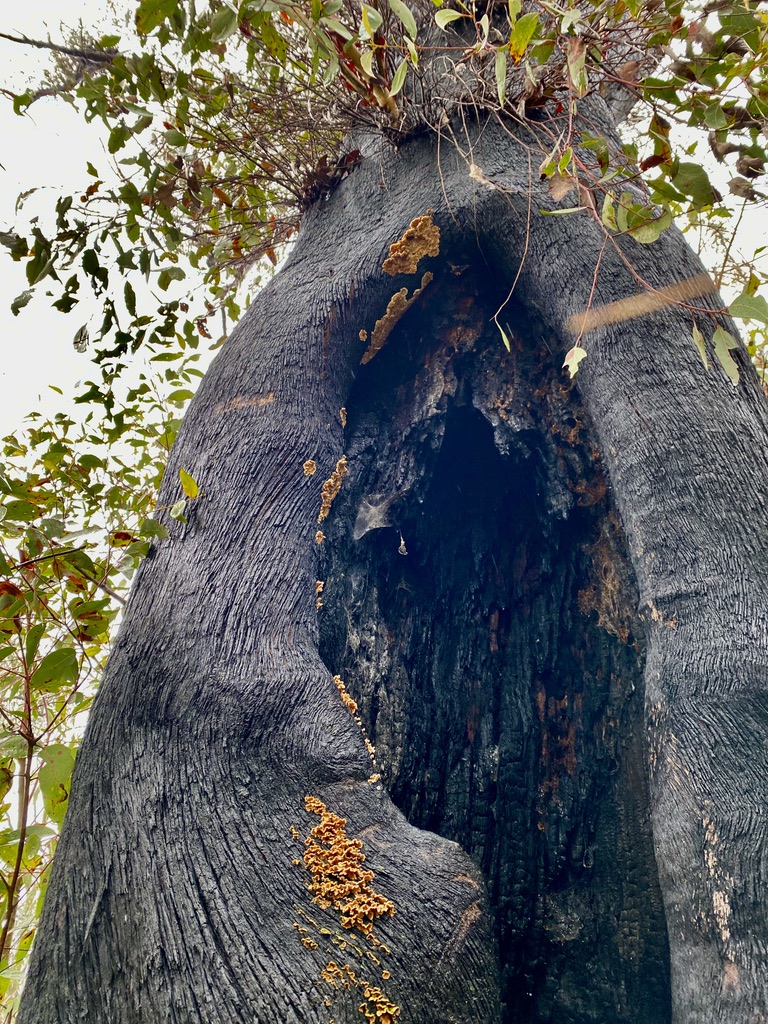 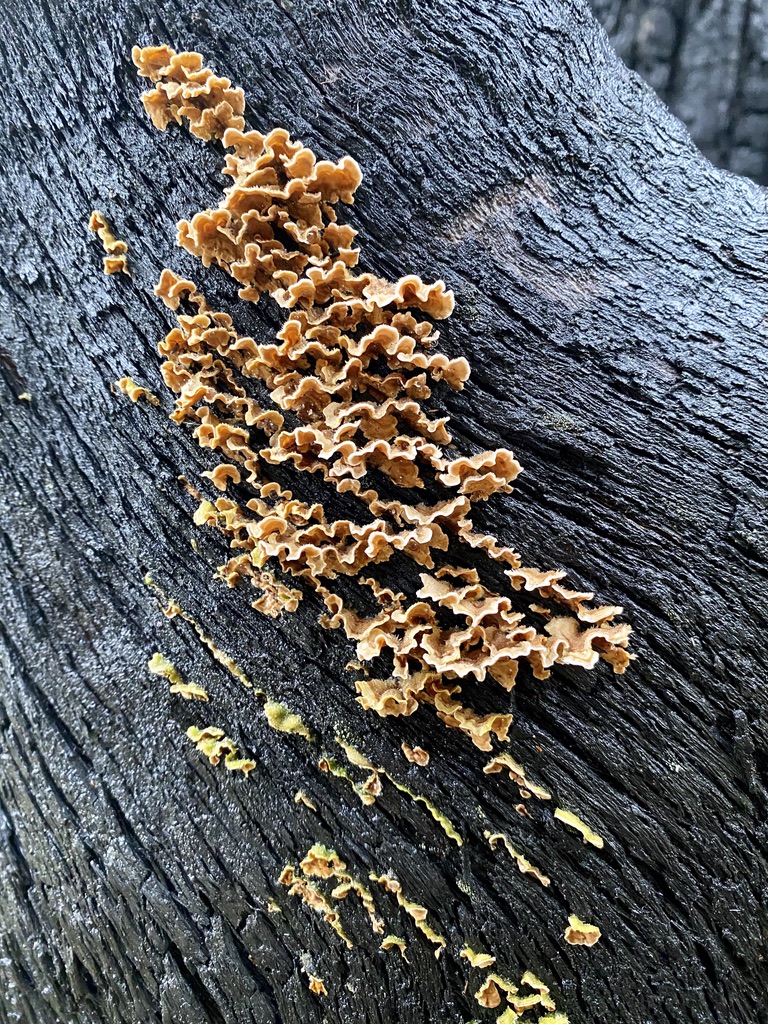 One of the most useful tools I discovered in an earlier action this year, was the iNaturalist app. It’s so easy to upload a photo of something you see on a walk and get an immediate ID for it. Today it suggested that this fungi is Stereum hirsutum, false turkey tail or hairy curtain crust!  I shared the photo to the Facebook group, Fungi of the Sydney region, and immediately had someone respond that this was highly likely!

On further research I learnt from First Nature that Stereum hirsutums are found internationally and:

Stereum, the generic name, means tough, and crust fungi in this genus certainly can be difficult to tear when you want to take a small sample for investigation. The specific epithet hirsutum means hairy (hirsute, indeed!), and the upper surfaces of these irregularly-shaped tiered brackets are distinctly hairy when the fruit bodies are young and fresh; however, they do become smoother with age.

The common name Hairy Curtain Crust reflects (in the ‘curtain’ part) the rippled form of edges of the fruit bodies, which do look like partly-drawn curtains; however, it’s very much more common to see this species growing in the form of tiers of reflexed crusts or brackets, particularly on standing dead wood, than as resupinate crusts (although the latter form does occur, and I see this most often on the ends and vertical faces of stacked sawn timber).

Fascinatingly, while it’s inedible, it does have medicinal properties and, according to ethnobotanist Monica Wilde:

Clinical tests have shown it has food antioxidant properties. Benzoate extract of its mycelia is also actively antimicrobial against methicillin-resistantStaphylococcus aureus. It also contains four epidioxysterols, of which two (1,4) possess significant activity against TBMycobacterium tuberculosis. Dry extract of Stereum hirsutum has significant inhibitory activity on thrombin (due to glycerolipids). This means that it could be used to make a blood thinning medication as an alternative to the dangerous drug warfarin.

In the environment, Stereum hirsutum has been used to decontaminate Bisphenol A (BPA) and 4-n-nonylphenol (NP) (endocrine disrupting compounds that leach from waste plastic) from river water sediment inoculated with the fungus. These compounds are particularly dangerous to both aquatic life and humans. Turkey Tail fungi (Trametes versicolor) also do this extremely well, being superior in decontaminating lake sediment.

Unfortunately, according to the Atlas of Australia, it’s also a plant pathogen infecting peach trees! 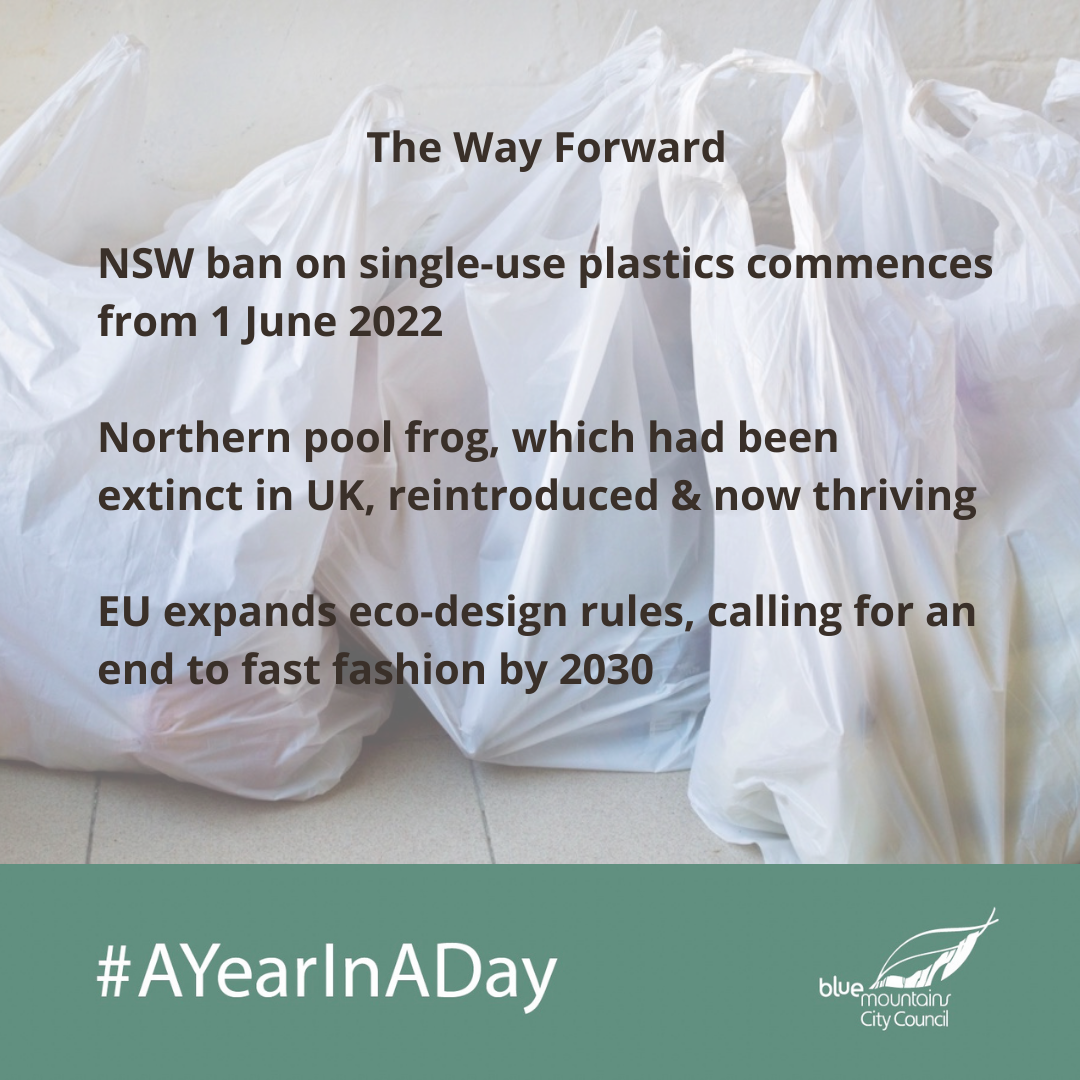 In today’s news about how we’re moving to restore planetary health:

Today we began harvesting Jerusalem artichokes at the Community Farm. One of my favourite recipes is Stephanie Alexander’s Jerusalem Artichoke Tart – for some reason (perhaps the parsley and silverbeet?) it is one of the few ways to eat them that doesn’t cause gas! 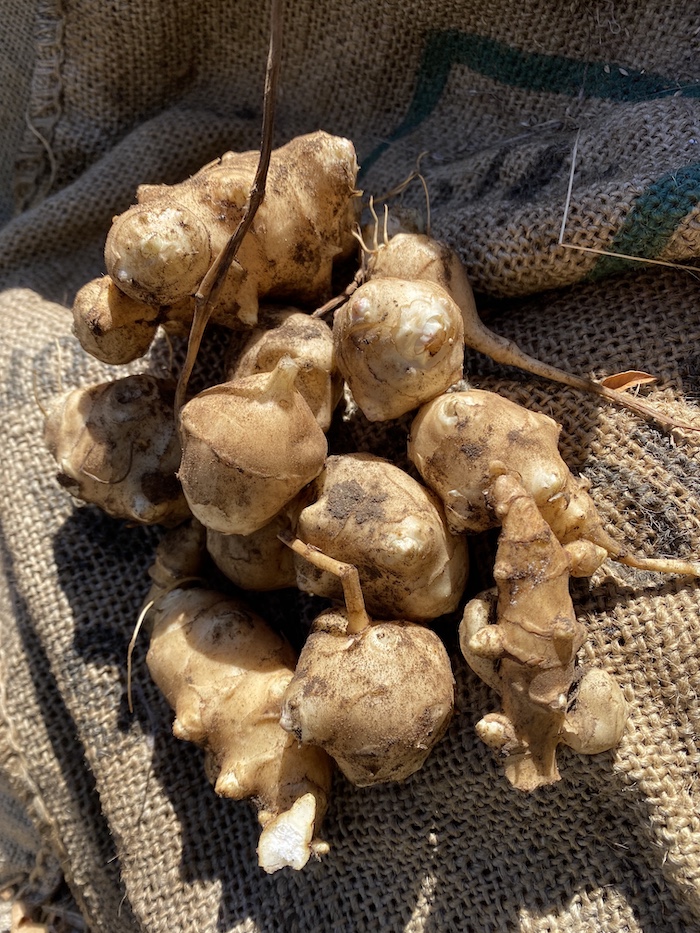 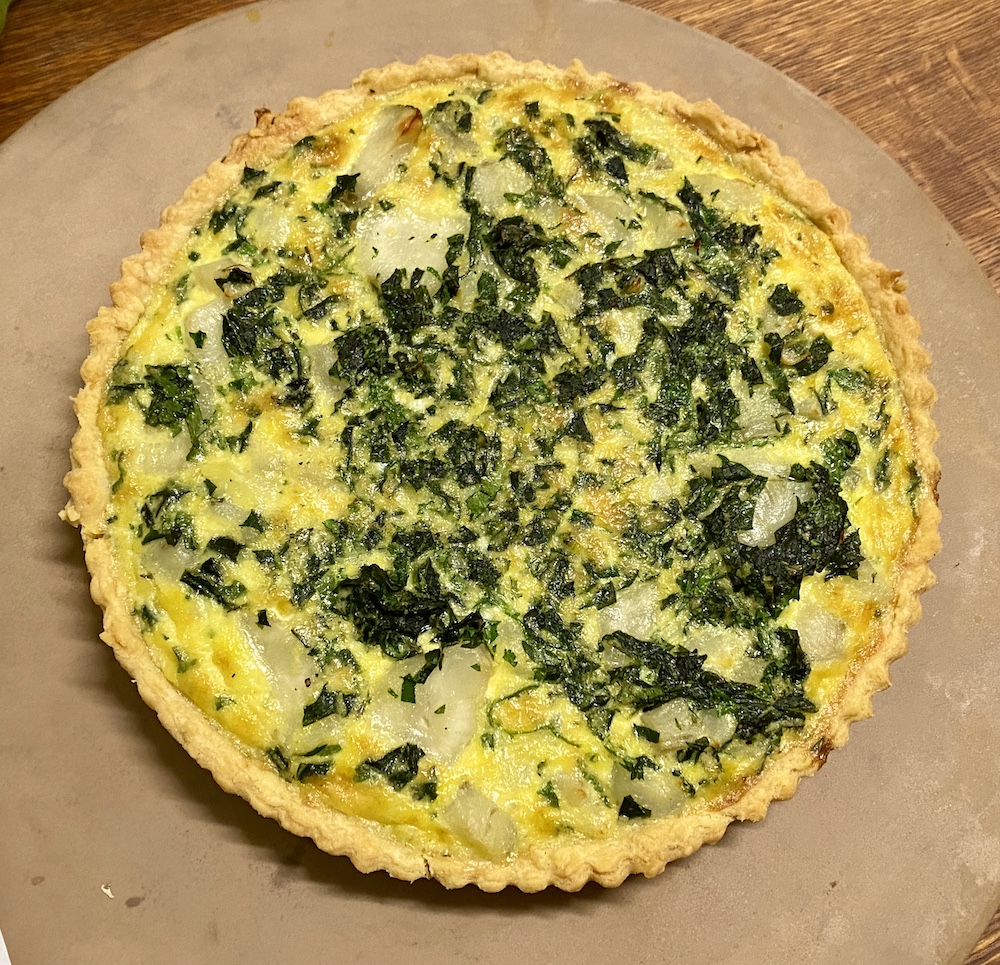 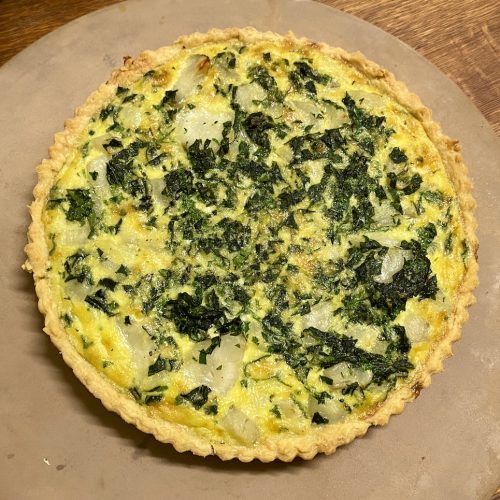 We were gutted at the Community Farm because rodents dug out and devoured every single broad bean seedling as they emerged! Today we tried planting broad bean seeds again, but this time covered the seeds with a net weighed down on all sides. Fingers crossed! 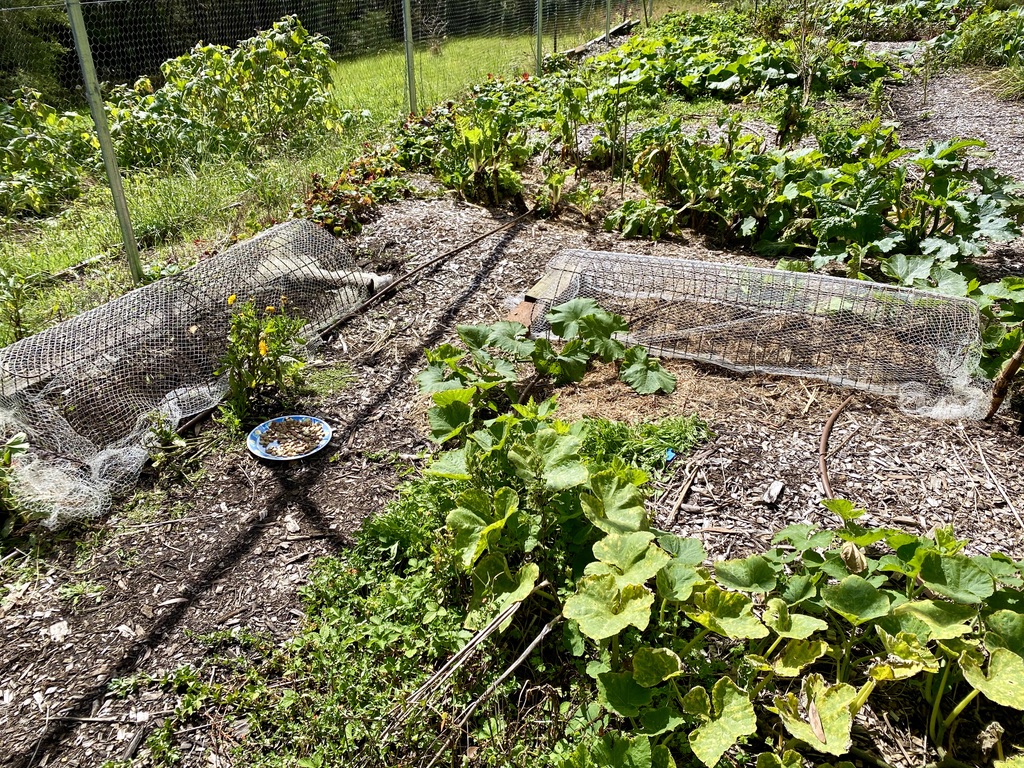 We also planted some carrot and rocket seeds! 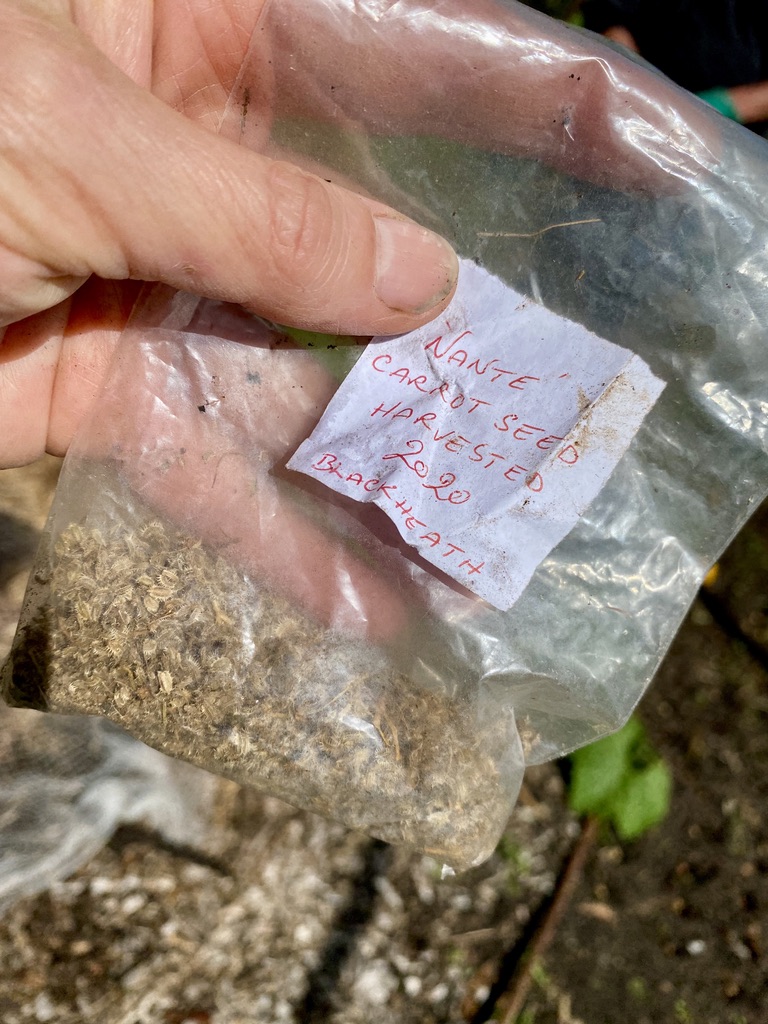 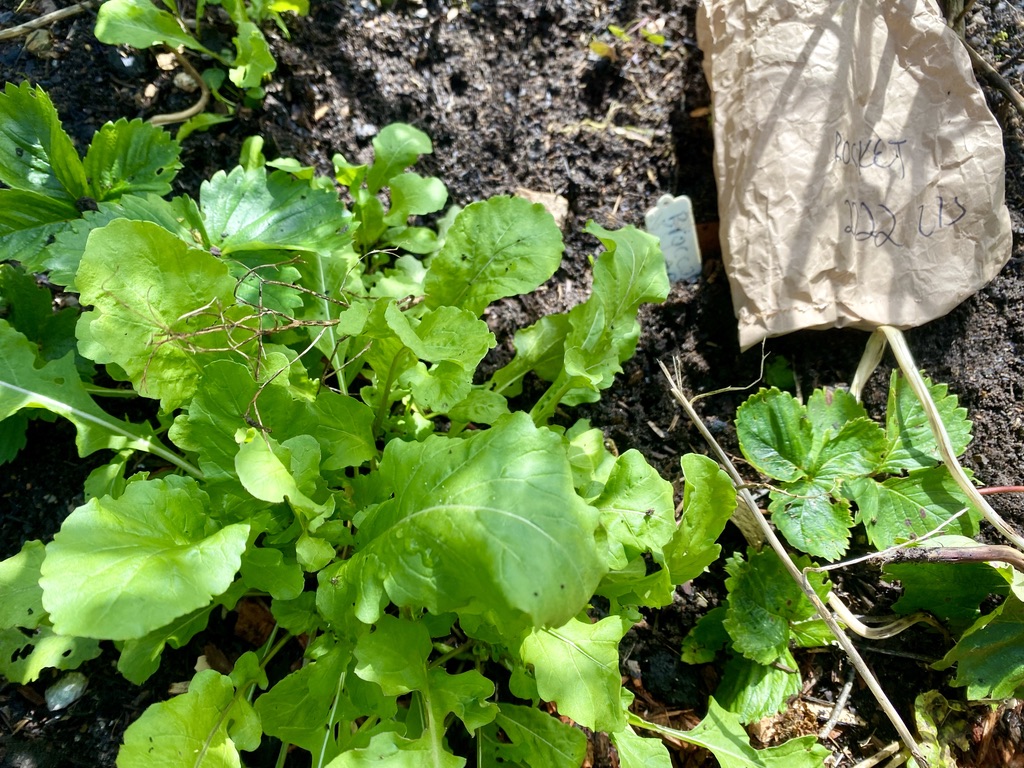 WHAT HAVE OTHER PEOPLE BEEN DOING?

Carla has been trying to save seed from her sodden garden: leeks and fennel! 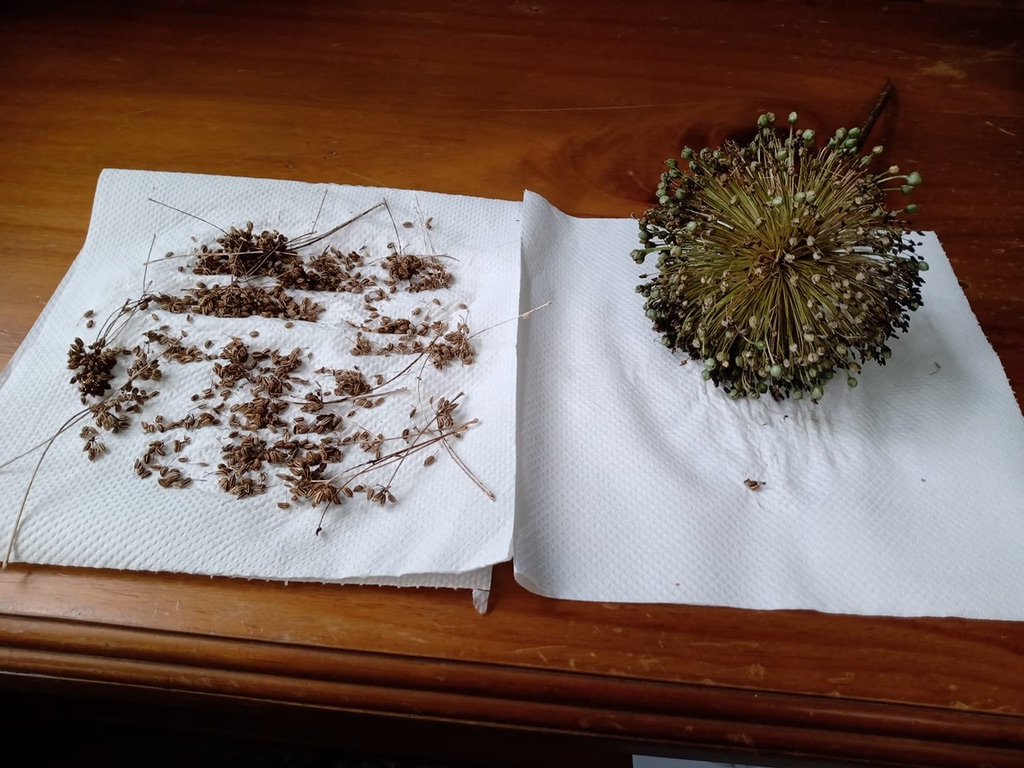 The theme for World Health Day this year was Our Planet, Our Health – recognising that our health is totally dependent on the health of the earth’s natural systems.

We managed to reach our target of over 365 actions in one day – the action of a whole year in a day! You can view most of them here (others came in via social media and emails).

Now the challenge is to reach 365 actions EVERY day!

We’d love you to share your actions with us so that we can learn from each other and inspire one another to turn things around to create a healthier world.

Glad you liked them!