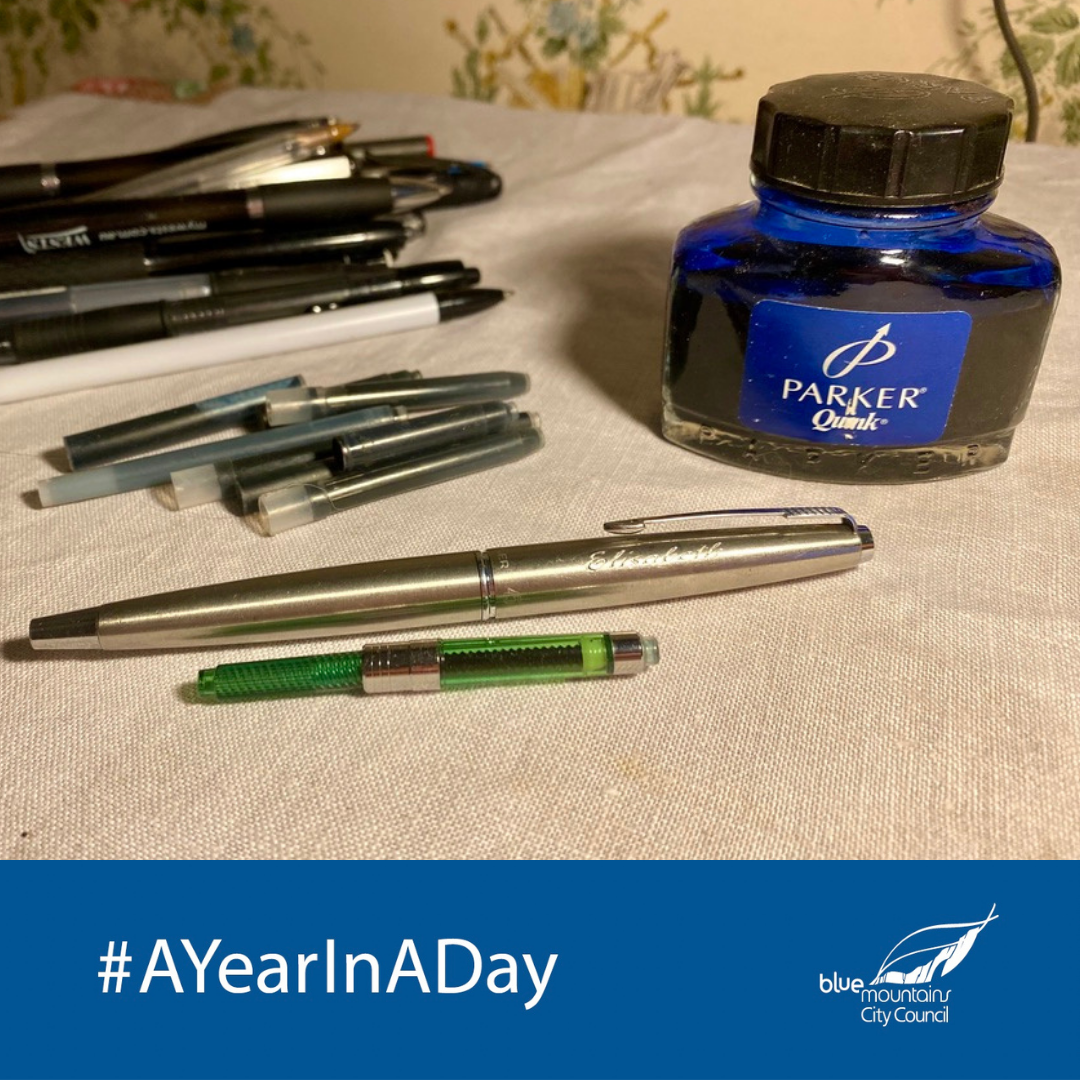 Not all progress is!

I LOVE writing and have been journalling for around 50 years, but I shudder to think of the hundreds of plastic and metal biros that I’ve thrown out in that time.

When I was 18 my mother gave me a fountain pen engraved with my name. I treasured it, but life got so busy that I went back to buying, and discarding, hundreds of cheap plastic pens. They seemed far more convenient. After all, I was part of a progressive modern world, not one that used fountain pens.

In recent years, perhaps as part of my nostalgia for the fountain pen, I began journalling with a gel pen. These write beautifully but run out even faster than your average biro. I justified the waste, and the COST, by telling myself they wrote just sooooo beautifully and it was worth it.

Last year, however, I began to feel worse and worse every time I threw out another pen.

I dug out the pen my mother, who had recently died, had given me. It was quite an emotional experience and prompted me to try again. The refills were much smaller, and wasted less plastic than the biros I’d been purchasing, but they kept being discarded nevertheless.

Today, finally, inspired by my 2022 resolution to take one action every day to restore planetary health, I began using a refillable fountain pen converter instead of a throwaway cartridge. I also finally started my 2022 journal, a few days late … but, as they say, better late than never!

A couple of years ago I was also introduced to refillable whiteboard markers. Yes, they’re a thing! I’m using those now whenever I teach.

How to recycle biros:

Apparently, each year in Australia, over 140 million pens are sold, contributing approximately 700 tonnes of plastic resources to landfill sites across the country. Biros are one of those plastics that’s not so easy to recycle but TerraCycle has teamed up with stationery company BIC to launch the Writing Instruments Recycling Program.

You can recycle any brand of:

Where to recycle your writing instruments

What happens to these resources we discard so readily?

Once collected, the writing instruments are cleaned and melted into hard plastic that can be remoulded to make new recycled products which may include outdoor furniture and decking, plastic shipping pallets, watering cans, storage containers and bins, tubes for construction applications, flooring tiles, playground surface covers and athletic fields, and much more.

At the end of the day, though, it’s better to REFUSE, REDUCE and RE-USE before RECYCLING!

Pens are only one of many things we discard on a daily basis.

To help you know how best to manage the objects you can no longer find a use for, Blue Mountains City Council has a useful A-Z of waste and recycling as well as information about Bin Collection times, Resource Recovery, and a range of programs like Zero Waste Leura

A small action but one that is pretty important (going forward). Re-use and recycle. Today it was posting a glass door that is surplus to requirements after we built our greenhouse. The link is on Facebook in the ‘Buy nothing – Blackheath, Medlow’ group: https://www.facebook.com/groups/buynothingblackheathandsurroundsnsw/permalink/529604484663617